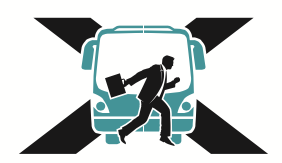 Why Slow and Steady Wins the Amazon Selling Race 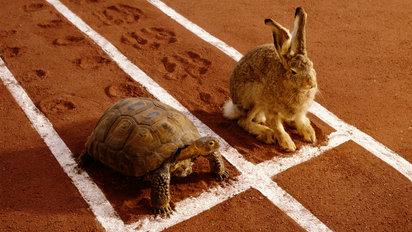 It’s important to be patient in a restless online selling world.

It’s a dog-eat-dog world out there, and it feels more and more competitive on Amazon then it ever has. In 2013 it seemed like I never paid attention to how many sellers were on a particular listing when I was out sourcing for product, because it generally didn’t matter, but now things have changed in a big way. It seemed like the traditional Amazon listing in the Toy Category (which is where we made most of our sales), had between 20-35 sellers, tops. But now when I come across popular toy listings that the number of offers is often times more than doubled.

Having more sellers vying for the next Amazon customer can have big implications on price. This morning I was playing around with an online tool called the “Wayback Machine”. It’s a free website that lets you look back in time on the internet. To help illustrate the point that there are more Amazon sellers in the Toy category now than there has ever been, I put together a side-by-side comparison of Metal Gear Solid Risk as we see the listing now (April 2015) and what it looked like on October 24, 2013.

As you you can see from this snap-shot, there were only 16 customer reviews for this game, Amazon was selling it new for $39.95 and there were 34 other new offers from $39.00

Fast forward to today, this is what the Metal Gear Solid Risk listing page looked like this morning:

Here’s how that information applies to the topic today. I was able to acquire 76 copies of this game for about $7 ($8.66 total Cost of Goods Sold), they were on clearance at a local retail store, over 80% off. When I scanned the game in the store the sale price was where it’s at today, somewhere around $30+. But, in Q4 2014 this listing had up to 90 new offers and the price quickly tanked to less than $20. I assume that all of these sellers were panicking and in an effort to cut and run, they wanted out. I could have made a few bucks and sold mine quick too, believe me it was tempting especially because I had so many, but I didn’t.

Why do online sellers freak-out and dump good quality products for pennies on the dollar at the first sign of a price drop? I’m sure that there are a variety of reasons for this. I know, from rubbing shoulders with a lot of other online sellers in the Facebook forums, that many of them go into debt to buy their inventory, and are very motivated to see those items sold fast so that they can pay the credit card or bank loan bill back in time. Sellers that take on debt to acquire inventory don’t have the luxury of being patient.

I held my price on the 7th offer page for a couple of months and then was able to sell each copy for $28+ at a 116% Return On my Investment (ROI) before the end of December 2014. As a result I was able to make $798.94 profit on these games, which was pretty sweet! Consider this, if I would have cut and run myself and tanked my price with the rest of them I would have made far less in profits.

Here’s Metal Gear Solid Risk plugged into the FBA Revenue Calculator. I put in a $20 sale price and put the total COGS ($8.66) into the Inbound Shipping field.

In conclusion, don’t get caught up in the stampede of panicked online sellers, take a deep breath and hold your price. Your patience more-often-than-not will be paid back in higher profits, which is essential for success in this business.